Are they more than friends?

Rumours has it that Arab Idol winner Mohammed Assaf (23) and Salma Rachid (19) are more than just friends. Salma Rachid was a candidat of Arab Idol. She was representing Morocco.
They both did not confirmed anything. Mohammed is busy with his career. He is always on the way since he won Arab Idol 2. This week he was in a hospital and next month he will give concerts in the Arab world. Salma returned back to her homeland Morocco. On TWITTER Mohammed posted on 28 May, long before the final episode of Arab Idol, this picture.
Under the picture he writes in arabic: With my sister @Salmarach
مع أختي الصغيرة
I think that they became good friends and thats it. But time will tell. 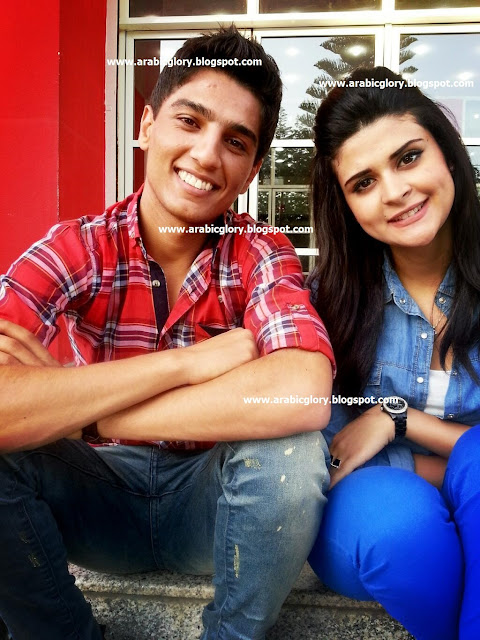