The results of the Champions League matches :

--
Bayern and Real Madrid both did a great job to win over their opponents. The second leg will be nothing more than wasted time.

Madrid killed Galatasaray at home with a score of 3 - 0. Cristiano Ronaldo, Karim Benzema and Gonzalo Híguain scored for 'the Royal'. 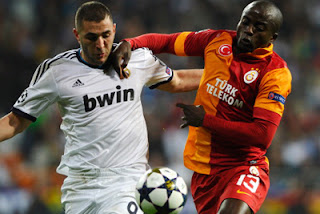 The German boys won simple over Juventus with 2 - 0 after a amazing fast goal of left-back David Alaba in the first minute. Thomas Müller scored the second goal in the 63th
minute.

FC Barcelona and Borussia Dortmund came not further than a draw against PSG (Barcelona) and Malaga (Dortmund).

Barcelona who do a great job in la liga this season, were stopped by PSG after a 2-2 in Paris. 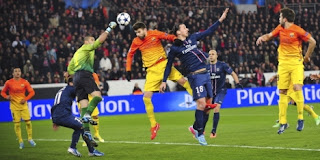 Borussia were stopped by Malaga who played fast and dangerous. The Germans have got a lot of chances but they didn't grab them. 0-0.
op 12:06 PM

This information is very helpful for us. Champions League football is favorite for me. Thanks for your kind information.

This information is very helpful for us. Champions League football is favorite for me. Thanks for your kind information.